Mildew Vs. Mold: What Are The Differences?

You usually hear the terms mold and mildew together when trying to identify mold vs mildew as though they are the same thing. It is more accurate to wonder if mildew is mold and describe mildew as a type of mold.

While both are fungi that thrive in wet conditions, they differ markedly in appearance and in how they spread. Both mold and mildew can cause harmful health effects, especially to young children, older adults, and those with existing respiratory illnesses.

While mildew is usually white or gray early on, it will eventually take on a brown hue. Unlike mold, mildew is flat on the surface and powdery to the touch. Rather than large bumpy mold spores, mildew presents as smaller tiny dots. Mildew grows outward while mold usually appears in a vertical pattern.

If not removed, mold and mildew will continue to grow and sicken the inhabitants or visitors in your home or office. To ensure that mold and mildew are completely eliminated, it’s recommended that a team of trained professionals assess the growth and extent of the damage.

Many homeowners try to treat mildew with a combination of household cleaners which we advise against due to the potential of a toxic blend.

Call the professionals at HRS Restoration Services. Their certified and trained team is standing by 24 hours a day 7 days a week since disaster doesn’t keep set hours. For nearly forty years, we’ve helped business owners and homeowners remove mold and mildew and restore their interiors to a pristine state.

Mold is latent on the surface of any porous object. To spring to life and become visible, it only needs a lack of sunlight and moisture. Even in dry weather states like Colorado, mold can take hold when there is a pipe leak or break, or a radiator burst.

Mold is black or green in appearance and can be three-dimensional. Mold can develop as quickly as 24 hours after water penetrates a surface and it can spread quickly. Mold smells dank and musty and it stirs up allergens in the air.

When those allergens enter your respiratory system you may experience watery, red, itchy eyes, a scratchy throat, and a dry cough. These health effects are exacerbated for those with underlying health conditions.

We are often asked, “Is mildew the same as mold?” Not exactly. Mildew is a type of mold but is different from mold in a few ways.

Mildew, just like mold, thrives in a dark, wet environment. Unlike mold that is greenish-black, mildew is white at first and turns grey and brown after time. Mildew can take hold in bathrooms, especially showers and bathtubs.

What Are The Differences Between Mold & Mildew?

Mold and mildew differ in the way they grow, where they are found, and in appearance. Though you might wonder if mold and mildew are the same thing, there are differences.

Mold are raised spores that grow outward like a burst of fireworks, whereas mildew is flat and only spreads vertically.

Mold is found near pipes and windows and in basements and attics. Mildew can be found in bathrooms, ductwork, and refrigerators, and washing machines.

Mold is green or black and appears in round clusters where mildew appears as tiny circles, think pinpoints, and are white, grey, or brown.

How Do Mold & Mildew Differ In Appearance?

The look of mildew versus mold can help differentiate them. There are ways to answer how to tell mold vs mildew.

Mildew and mold both spread quickly and in the same conditions but to the trained eye are very different.

Our water and mold remediation and restoration technicians are experts at differentiating between mold and mildew.

For instance, when you look at the affected surface, mold appears fuzzy and raised while mildew is powder like and flat. Mold is greenish and even dark black in color while mildew is white, grey, or a lighter brown color.

Mold takes on a round water droplet-like appearance while mildew patterns appear to be dusted with a fine layer of flour.

Where Do They Grow?

Mold and mildew can both be found on wood but only mold can be found on carpet or fabric.

Mildew and mold can both take root on walls and ceilings so long as there is moisture and low or no light.

Mold can be seen after an incident like a pipe break or burst, whereas mildew can be seen in areas where water is already on the surface like a shower stall or bathtub.

What Are The Effects Of Mold & Mildew?

Though there are differences between mildew and mold, both mold and mildew can cause damage to the surfaces and materials in your home.

Left untreated, the moist areas that allow for the growth of mold and mildew will warp, deteriorate and collapse.

In addition to the health risks associated with the spread of mold and mildew, the physical damage that can be caused may affect the long-term viability of a building or home.

Mold is a more destructive type of fungus that can grow quickly and can bury deep in surfaces and flooring.

You may need to replace these affected areas if the mold spread cannot be removed through thorough cleaning and sanitizing.

Exposure to mold growth irritates the respiratory system and you will feel mold’s effects in your eyes, nose, and throat.

Mildew is not as destructive to surfaces as mold but it still has the same health effects. Mildew may be slightly less laborious to clean and remove as it does not attach to fabric carpet.

Mildew growth and exposure can result in harmful health effects just as mold does. Some people, just as with mold, may not exhibit symptoms until it is widely spread and other people may experience a variety of symptoms right away.

In Denver, HRS Restoration Services prides itself on its responsiveness and ability to rid your home or business of water damage, mold, and mildew.

When you call, we can answer your questions and get you scheduled for an appointment right away. We’re trusted for nearly four decades in the Denver metro areas.

At HRS Restoration Services in Denver, it is our mission to provide you with the best care and highest level of service when you suffer mold, water, fire, biohazard, or other disasters.

Our team of certified professionals ensures that your property is properly remediated and restored, giving you peace of mind.

When you suffer a trauma, contact us and we can get the process started to bring your property back to health.

Anytime of day, any day of the year, HRS is here to fix what may seem overwhelming and intimidating. Our professionals in Denver are here to help 24/7.

what is iicrc and Why is it important?

IICRC stands for the Institute of Inspection Cleaning and Restoration Certification. Formed nearly 40 years ago, it is a non-profit organization that establishes globally recognized standards for the cleaning and restoration industry, as well as providing certifications, journeyman and master designation, and education.

By choosing a firm with IICRC certified team members, you are assured the cleaning professionals have undergone rigorous training and will handle your disaster restoration with the highest standard of care.

Figuring out what steps to take when disaster strikes can be a daunting task. HRS is here 24/7 to walk you through the process and bring your home or business back to habitable condition(s). 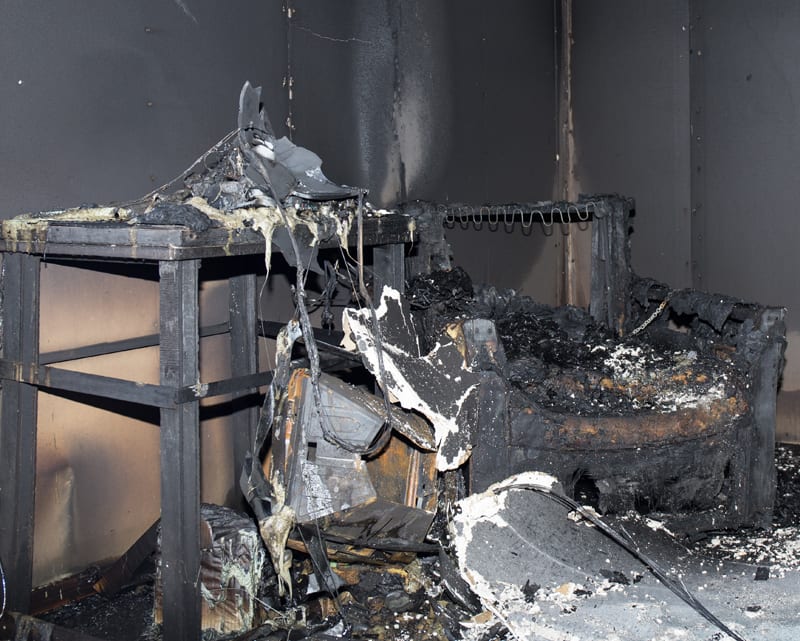 Taking care of emergencies so you don’t have to.

At HRS, we understand the panic that can set in when your basement floods or a fire breaks out at your business. We are here 24 hours a day, 7 days a week to repair damage and give you peace of mind.